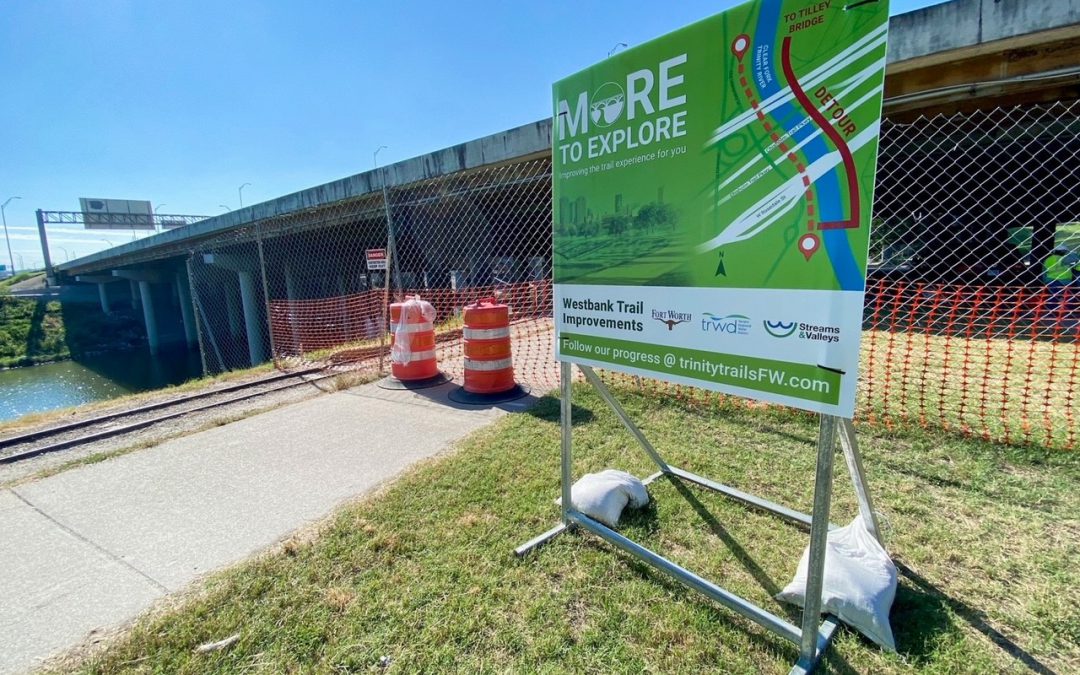 Everyone knew the Chisholm Trail Parkway was going to change the face of Fort Worth. And there were concerns it would look like the Dallas North Tollway – another chunk of ugly concrete.

Especially worried were advocates for the Trinity River and the beloved Trinity Trails system. The 28-mile long parkway flies over and next to both in several locations.

Not to worry. This is Fort Worth. So it comes as no surprise that the final piece of a $3.5 million effort to reduce the impact of the parkway on the river and the trails will soon be completed.

Money was set aside by the North Texas Tollway Authority for the Trinity Trails improvements. The Tarrant Regional Water District and the City of Fort Worth worked together on the projects. Streams & Valleys was also involved.

“It (the money) was to mitigate the effects of the tollway being constructed in several areas across the Trinity River and the Trinity Trails and to ensure that the experience of a trail user was not only unchanged but enhanced,” said Valerie Jay, a recreation consultant for TRWD.

The final project, known as the Westbank Improvements, are scheduled to be completed soon. The $1.7 million project is creating a more open, comfortable and aesthetically pleasing trail as it stretches below five overpasses – Vickery Boulevard, Interstate 30, the Fort Worth & Western Railroad, Chisholm Trail and Rosedale Street – near downtown.

Called the “flagship part of the project,” the trail has been opened up, structures repainted, lighting added and the Fort Worth Zoo trains realigned, Jay said.

Here are the other Chisholm Trail mitigation projects:

River Park Trailhead: Amenities were upgraded on this Bryant Irvin Road trailhead including relocating a drinking fountain, installing a mister and erecting a decorative wall around the bathroom facility.

Riverglen Trailhead: This much needed trailhead – located on Riverglen Road at the base of the Clearfork Main Street Pedestrian Bridge – was added. It provides direct access to the trial from an ample parking lot parallel to Hulen Street.

East Bank Trail: This trail extension spans from the I-30 overpass to the Phyllis Tilley Pedestrian Bridge. A part of this is a pedestrian bridge that allows the trail to pass underneath the Fort Worth & Western Railroad crossing.