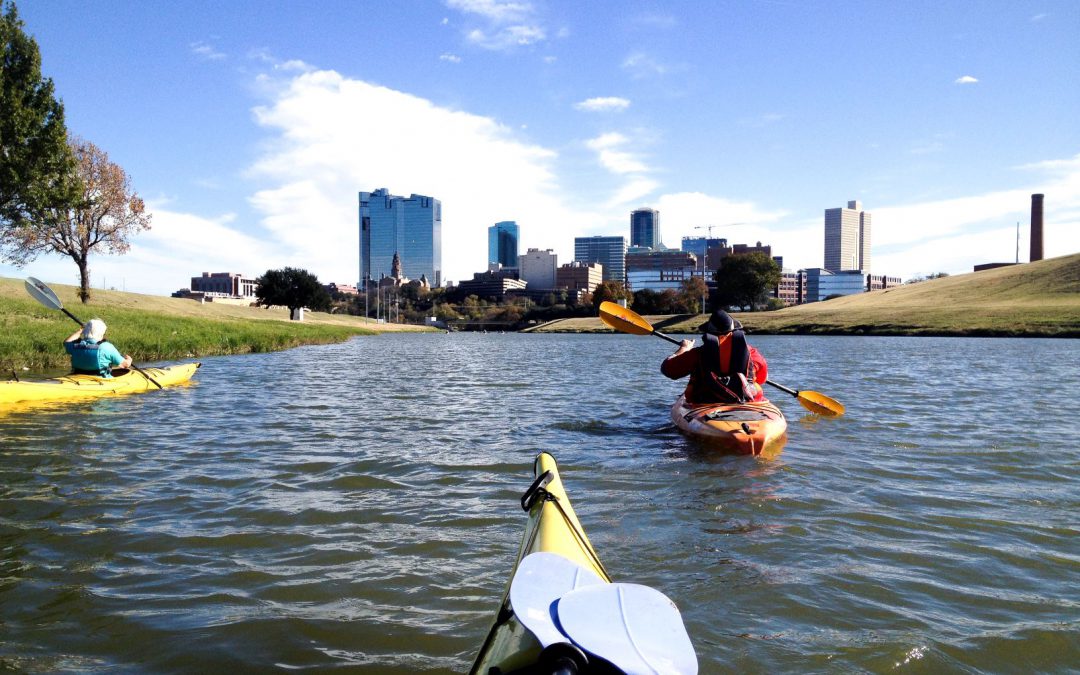 The Trinity River Paddling Trail received designation from the National Recreation Trails, making it a part of the American Trails. This designation will increase awareness of the Trinity and make it a “recreational target” beyond the Fort Worth Dallas area.

With this status, the Trinity is listed on the NPS website that gets 100 million hits a year.

The effort was led by a nonprofit called Trinity Coalition, which worked with the Tarrant Regional Water District (TRWD) and the nine cities along the river’s banks.

We are excited to officially be a part of the National Recreation Trails family and to watch how the love of the Trinity River Paddling Trail stretches beyond the community of Fort Worth.

To learn more about the designation process, read our Trinity Paddle Trail story on trwd.com.

Visit the American Trails website to learn more about the NRT program.